For thirteen heart-wrenching years, it was illegal to sell or import alcohol in the United States. Prohibition was the law of the land and meant a nationwide ban on the sale and import of alcoholic beverages that lasted from 1920 to 1933.

Organizations such as The American Temperance Society, The Methodist Church, and the Women’s Christian Temperance Union, were the leading advocates of prohibition. 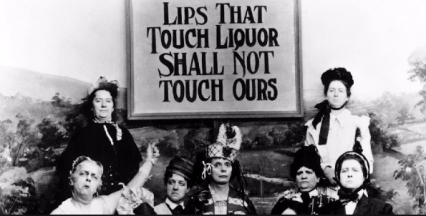 They encouraged voluntary abstinence from alcohol and influenced many successor organizations, which advocated mandatory prohibition on the sale and import of alcoholic beverages.

The 18th amendment became law on January 17, 1920, and while not expressly illegal to drink alcohol, booze of any kind was impossible to legally purchase. Once a sought-after good becomes illegal crime becomes rampant and Prohibition was no different. After the law went into force, bootlegging, the illegal distillation and sale of alcoholic beverages, became prevalent.

While some women’s groups were the driving force behind the Temperance Movement and Prohibition, other women’s groups, such as the Women’s Organization for National Prohibition Reform spearheaded the movement for removal of the 18th amendment.

They argued that the effects of prohibition acted as rich soil for organized crime and corruption of public officials, which threatened the fabric of our nation.

But, like many decisions, the repeal of the 18th amendment came down to money. It was the Great Depression and the lowly economic situation which guided the hand of the federal government. Without alcohol, there were, of course, no alcohol taxes, and the United States could no longer afford to forego the tax revenues from the production and consumption of alcohol.

The 21st amendment, which repealed the 18th, was ratified on December 5, 1933, ending America’s ban on the manufacture and distribution of alcohol.

Muddle the orange, sugar, bitters, and water in an old-fashioned glass until the sugar is almost dissolved. Fill the glass with ice and add blended whiskey. Garnish with a maraschino cherry. Serve with a swizzle stick.

View all posts by Thadd

This site uses Akismet to reduce spam. Learn how your comment data is processed.

Search For Bitters or Worse